There are a surprising number of facts about the number 111. Here are ten of them. 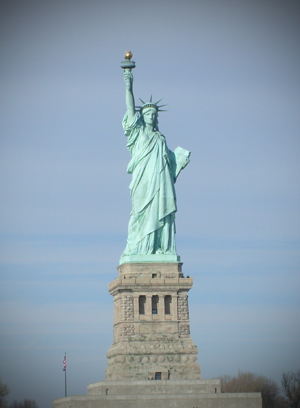 New York's Lady Liberty, the Statue of Liberty woman, is just over 111 feet tall from the base of her heel to the top of her head.

A Nelson is a cricket score of 111. It is a reference to Admiral Nelson's one eye, one arm and one leg. This is despite the fact that Nelson always had two legs.

111 is the phone number for the emergency services in New Zealand. It is also the number for non-urgent medical help in England and Scotland.

Hobbits refer to the number 111 as eleventy-one.

The Hundred Days is the name given to Napoleon Bonaparte's last period of rule of France, from 20th March 1815 to 8th July 1815. This is actually a period of 111 days.

Driving at 111 metres a second (249 mph) on the PlayStation 3 games Gran Turismo 5 or Gran Turismo 6 will win you a trophy.

If you divide the circumference of Earth at the equator into 360 (which represent 360 degrees of longitude), the length of each of these degrees is 111 kilometres.